After spending a season in Czech women’s volleyball league, the 25-year old player will move to Germany. 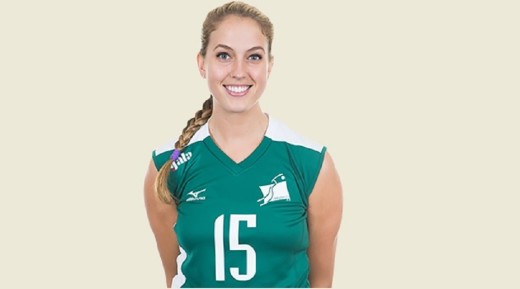 The new team of the U.S. middle blocker Jennifer Keddy is USC Munster!

She is coming to the German side as the best middle blocker of Czech league in season 2015/2016. Keddy won’t be only American in Munster as Erica Wilson already settled in the team.

With 193 cm she is the tallest player in the squad so far.

“As we signed Keddy, we are now closing the middle blocker’s position. She is a very efficient player who left many impressions during the last season in Czech Republic, playing good against tough rivals” says Andreas Vollmer, the head coach and adds – “She was the best blocker in the Czech Extraliga last season. She has good physical and technical skills especially in blocking.”

And yes, she was the best blocker in the league last season. She topped the list with 84 block points, having five block points more than the second placed Beta Dumancic.

Check out the TOP BLOCKERS, TOP SERVERS, TOP ATTACKERS lists and other stats from the season 2015/2016 in Czech Women’s Extraliga.