GER M: Friedrichshafen a bit behind

VfB Friedrichshafen currently looks a bit behind in the three-way title race. Ventsislav Simeonov is the absolute reason why VfB still holds on. The main problems for Stelian Moculescu nowadays seem to be linked to the outside attackers. 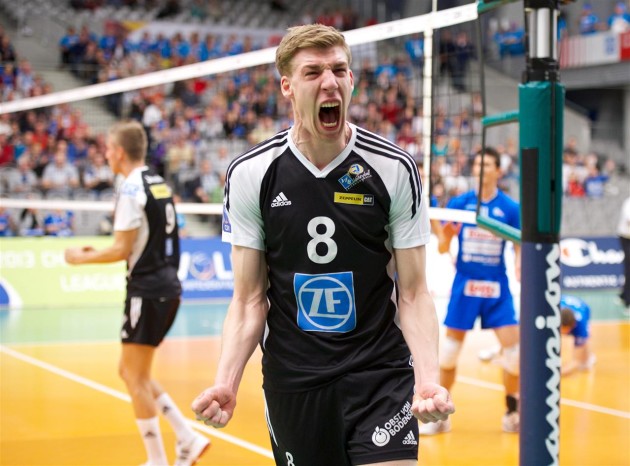 The main problems for Stelian Moculescu nowadays seem to be linked to the outside attackers. ‘Idi‘ and Jose Rivera are both far away from their best years and often, as was the case in the “Generali Arena” against Unterhaching, struggle. Rivera finished the game with a disappointing attack efficiency of 27 percent, while ‘Idi‘ was the main serve target despite his decent contribution at the net.

It would not be a problem for VfB to take points in the Bundesliga despite the two away defeats in Berlin and Unterhaching. The main concern comes from the fact that their game sometimes just will not suffice. They had problems in Europe as well – a down-hearted loss in Roeselare, followed by narrow tie-break wins against the Belgians and the weaker Hypo Tirol Innsbruck, but only to be preceded by a 0-3 rout at home against Zenit Kazan.