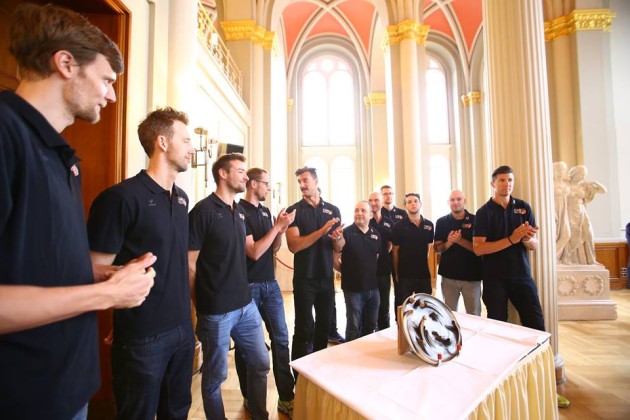 After winning six championship titles, one national cup and CEV Cup, the Australian opposite Paul Carroll said goodbye to Berlin Recycling Volleys. He will continue his career in Russia but the name of his new club is yet unknown.

The captain Robert Kromm, who collected only one title less than Carroll, decided to retire at the age of 34.

The Canadian middle blocker Graham Vigrass will play in Plus Liga next season. Just like Carroll, the names of the news clubs of Australian libero Luke Perry and French setter Pierre Pujol were not revealed but they will definitely leave BR Volleys.

Although the fans of Bundesliga winners hoped legendary coach Stelian Moculescu might lead them next season as well, the Romanian announced he will again retire.

The setter Sebastian Kühner will play another year for the club from the German capital, while the talks with Adam White, Kyle Russell, Steven Marshall, Aleksandar Okolić, Egor Bogachev and Georg Klein, on contract extensions, are still on.

F4 in Kazan: Lube outplay Zaksa to progress to their first Champions League final in 16 years