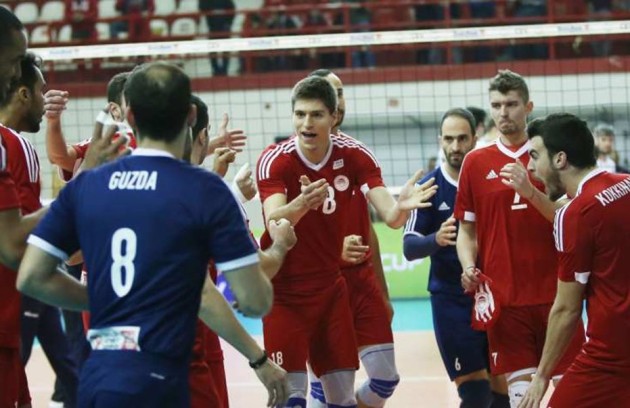 Olympiacos are still untouchable in Greece and there is a big chance they will claim pole position at the end of Regular Season. Olympiacos, even without three players from the line-up: Colombian Liberman Agámez, Dmytro Filippov and Canadian Justin Duff, got the victory over reigning champions P.A.O.K. in customarily electrified atmosphere, on and off the court, when these two teams face each other, this time in Thessaloniki.

As sport24.gr reported, tensions culminated in the fourth set, but were present earlier as well. The hosts complained to arbitration entire match but were especially angry when referees failed to whistle an alleged net violation by Olympiacos setter Konstantinos Stivachtis at 14-16. So, instead of 15-16, visitors had 14-17. P.A.O.K. setter, Serbian Vlado Petković, strongly protested with the umpire because of this situation and got a red card. The score then became 14-18. Olympiacos easily took the fourth set with 17-25.

The top scorer in Olympiacos was Nikolaos Zoupanis with 19 points, followed by Serbian Konstantin Čupković with 17. In P.A.O.K, Serbian Saša Starović had 22 while Brazilian Dante Amaral added 15.