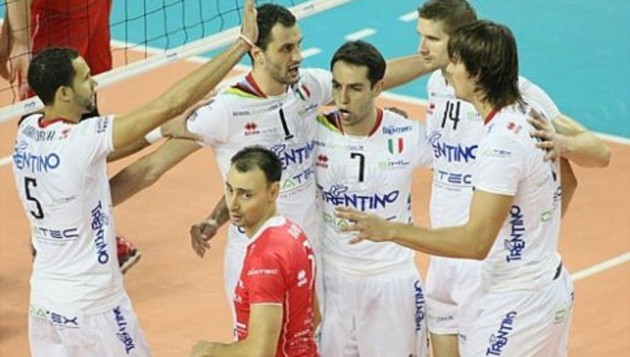 Giacomo Sintini (Itas Diatec Trentino): “A game with two teams that have totally opposite targets, but that doesn’t mean we can take the result for granted or that this will not be a good game. The fact we became winter champ with a game in hand will not make us lose sight of the result we want. We need to keep a good mentality in order not to ruin, mentally too, the good period we’re going through and to keep the others at a safe distance. Another game a bit special for me, because I began my career in Ravenna so I really like this club and region. I was glad to see them come back in A1 and notice that they still have a big crowd following them despite the difficulties they had. This proves that the passion for volley has always been there and that the fans couldn’t wait to enjoy top volleyball again. It will be special to meet them but I think it will be even more so in the return game when we’ll go there”.

Mauro Fresa (coach CMC Ravenna): “This is obviously one of those mission impossible, Trento is considered the best team in the world. But we equally prepared the game very well, just like the ones we can win, because we really don’t want to be thrashed and we want to show that we always believe and that we’ll be ready to play a better second half of season”.

WHAT IS THIS? Fromm invents defensive pirouette...