In the last few days, Potenza Picena signed Hungarians piker Zoltan David in order to strengthen the squad and try to stay up in the A2 without suffering too much. This and other volleyball news read on Worldofvolley.com. 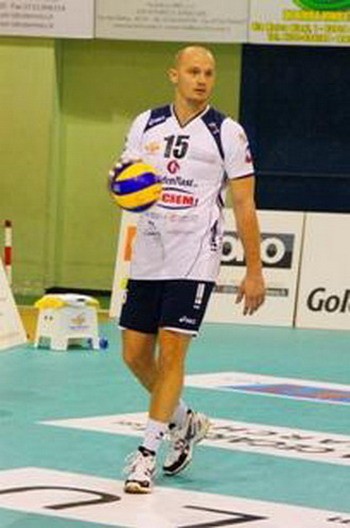 The newcomer has already shown some of his tricks against Molfetta on Sunday (2-3). David already knows the Italian A2 as he played for Bassano from 2008 to 2010 and at Atripalda from December 2011 to the end of the season.

“I am glad to be back in Italy, I really like the volleyball played here – said David – I got along with my new teammates from the first minute. And when the coach asked me if I felt like starting the game, I did not hesitate one second. I was exciting but I had not played an official game in 8 months so I felt a bit tired after the second set. Still, it was a good point against a team much ahead of us in the table. In the past I played in various countries, my best year being with Vienna when I won the Austrian league, but now I am really excited to be here and I’l do my best to help the team”.