The 2018/19 Italian Women’s Volleyball Championship titleholders Imoco Volley Conegliano renewed with one of the best middle blockers in the world Robin de Kruijf! 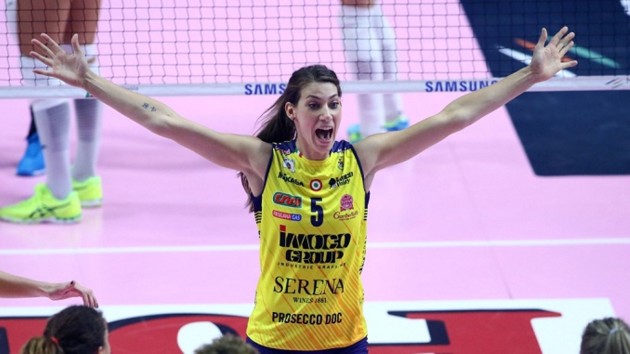 Imoco informed their fans of extending the contract with the Dutch player De Kruijf.

By signing the new deal with Italian league champions, a 28-year-old middle blocker became the longest-serving player in the history of Conegliano team. The 2019/20 season will be the fourth straight season in the club for the Netherlands national team member.

De Kruijf, nicknamed “The Queen” by Imoco fans, arrived in Conegliano team in 2016 from the Turkish side VakifBank and won Scudetto and Italian Super Cup two times each, as well as Italian Cup once.

ARG M: Yas Nizetich is back to Argentina national team