Foppapedretti Bergamo lost in five sets against Duck Farmi Chieri Torino 2:3. Francesca Piccinini got a number 12 jersey before the match. Samantha Fabris was the best in the game. WorldofVolley brings you the latest volleyball news. 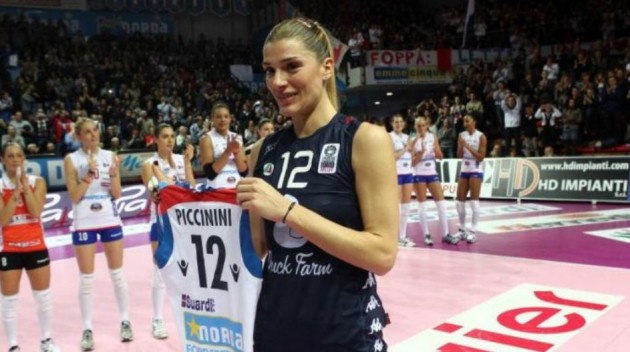 It took five sets to decide the match between Bergamo and Chieri. Salvagni‘s team won in the tie-break. A party in celebration for Francesca Piccinini, who was handed the number 12 jersey of Bergamo. She doesn’t want any other: “It ‘s been a hard game for me, for many reasons…” Piccinini said, visibly moved at the end of the game.

Duck Farm has played good volleyball, careful to take advantage of the slightest distractions of their opponent. Crushed in the first and the fourth set, they were able to rebuild their game every time.

Bergamo was better from the service line (5-1 aces), while the teams had equal number of blocks 12.

Samantha Fabris was the best with 48% attack efficiency, she also had three block.

Italy: Venetian derby is back

ITA M: Lorenzetti –“In the playoffs the...