ITA M: Lube to loan Bieniek – 2 Polish powerhouses waiting in line for him

The Poland Men’s National Team member Mateusz Bieniek might return to play in his home country after a year. 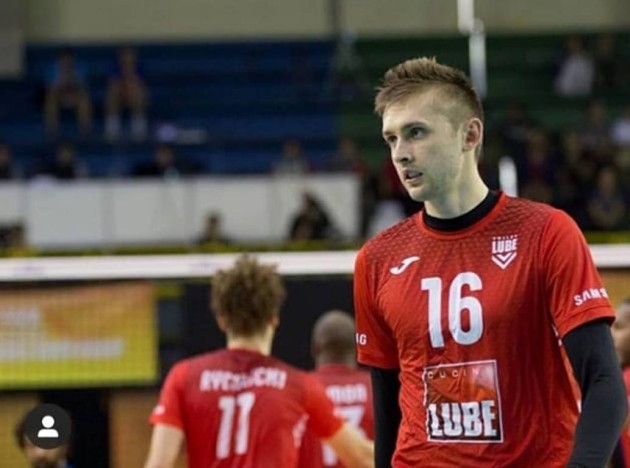 As Przegląd Sportowy reported, two PlusLiga powerhouses are interested to bring in Bieniek, of which one is his former side Grupa Azoty ZAKSA Kędzierzyn-Koźle. The other one is PGE Skra Bełchatów. The 26-year-old middle blocker has a valid contract with Italy’s Cucine Lube Civitanova so in case he returns to Poland after a year it would be in form of a loan. In Skra, Bieniek is projected to replace Kochanowski, who moved to ZAKSA. If he moves to ZAKSA, he would replace Wiśniewski, who’ll likely go to Jastrzębski Węgiel.

Bieniek’s manager confirmed that his protégé received three offers from Poland, not specifying from which clubs, and that has permission from Lube to depart. The player didn’t play much for the European and world club champions last season due to the limitation in the number of foreigners in the SuperLega.

I guess that Stanković got Italian sport nationality (or whatever is the official term) and he is returning to Lube, so Stanković – Simon is going to be middle blocker pair in both national competitions and in FIVB CWC and CEV CL.

Re: @Direktor That was original plan last year but I think it got abandoned. Stankovic is past his prime. It will be Simone and Simon like last year unless Simon decided to leave since it seams that Italian clubs are reducing players’ salaries. The rumor is that Anderson and Zaytsev are leaving Modena for Kuszbas for that reason, as well as Leal Lube for Taubate.

Re: @former_player I agree that his not at the top of his carer, but I’m pretty sure that Lube would not have given Bieniek, who is under contract, for a loan, if there plan is to play CWC and CL with Anzani. I think that Stanković is still a better option and, considering financial problems you mentioned, maybe he is the best they can get now. There is possibility of completely new middle blocker for Lube, off course.

Can somebody please explain to me how Stankovic can play as Italian? Just because he got passport? Why then Marshall is not playingh as Italian? >I do not understand