4600 fans filled the Bre Banca Lannutti Cuneo gym to witness the victory of their idols over the world champions of Itas Diatec Trentino. Roberto Piazza and Roberto Serniotti shared their thoughts. 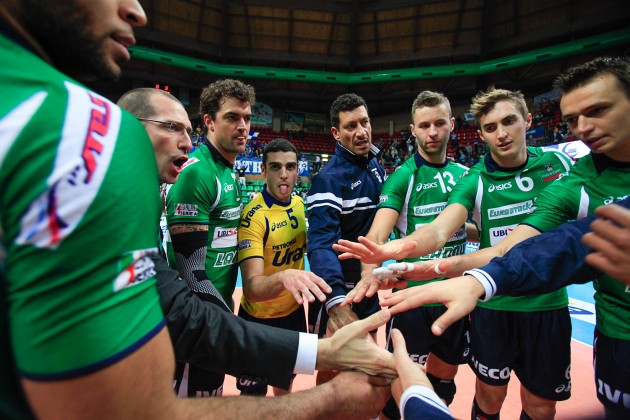 Roberto Piazza (coach Bre Banca Lannutti Cuneo): “It’s been a complicated game, Trento did not play at its best, it’s possible they still had the Champions League exit in the back of their mind. We did a good job of reacting in the second set and at the beginning of the third. We really played as a team today. As I said before the game, we have to understand who we are and what we want: today we expected a lot of ourselves and we have to keep doing that in future encounters”.

Roberto Serniotti (ass.coach Itas Diatec Trentino): “Cuneo deserved to win. This was a totally different team than the one we played earlier this season. Kohut and Grbic have been excellent. Cuneo did well to get back on track when we were a tour best, in the third set”.

ITA M: Marco Fenoglio – “This is a great victory for us”