Trentino came back from Macerata with all three points. This is the second defeat of the season for the Italian champions which, just like the first one against Modena, means they lose the first place in the league table. Read the latest news from volleyball world on worldofvolley.com. 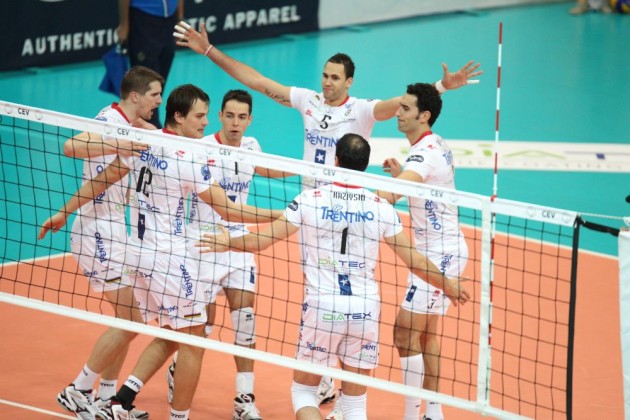 Alberto Giuliani (coach Cucine Lube Banca Marche Macerata): “Trento deserved the win, they played much better than us especially in the block-dig area, which made the difference. I tried to make some changes to disturb them, but I have not been successful. I really feel sorry for the fans and the fact we lose our first place. Let’s remain confident though because we have another big game on Wednesday in Cuneo, a crucial one for our season”.

Radostin Stoytchev (coach Itas Diatec Trentino): “It’s never easy to win in Macerata, the fact we did it means we had a great performance. Tonight we not only did well tactically but also in the other little things you need when you want a great result, like some digs without going for the block. We are obviously very happy, we have to keep playing like that”.

CEV CL M: Despite couple of setbacks Dinamo MOSCOW hopes for the better in return match with Zenit