The final act of the 2013 CEV Volleyball Cup Maliye Milli Piyango was ousted in the return match of the semis by Andreoli LATINA in straight sets and the home guys from Italy could eventually claim also the golden set (15-11) to reverse the outcome of the previous fixture. Read latest volleyball news on Worldofvolley.com. 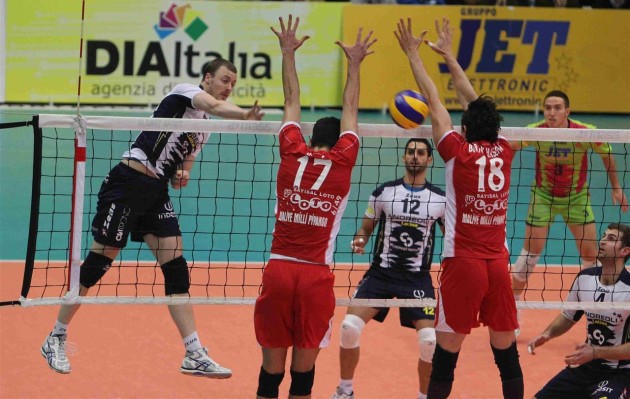 Pasquale Sottile immediately set the tone for LATINA from the serving line (5:1) and that margin was maintained as Sergio Noda did also help the home side with a series of good serves (11:7). Andreoli got to the front by the second technical time-out with a reassuring margin of six points and with the valuable support of opposite Jakub Jarosz could pocket the opening set at 25-17.

Sottile dictated the pace also in the early phases of the second set (4:0) and via the good play that was displayed in offense by Jeroen Rauwerdink and Jarosz, LATINA could steadily widen its lead (8:1 and 12:3); after the second technical time-out Andreoli clipped a margin of 10 (17:7) and with Rauwerdink standing out in attack plus good serving by Sottile, the final 25-15 was quickly there.

The third set was more balanced as Maliye Milli Piyango got to the front at both technical time-outs (6:8 and 14:16) but LATINA accelerated the pace down the final stretch (21:18) going for the 25-20 that called for the golden set.

Maliye Milli Piyango claimed the first point there but LATINA found once more their best play with Carmelo Gitto, Jarosz and Rauwerdink on fire (6:4, 12:8) and could eventually celebrate their qualification for the final act of the CEV Volleyball Cup that is scheduled for late February.