A very innovative and spectacular Volleyball competition specifically addressed to young children was recently introduced in Finland. As they joined the so-called Lentismestari 2013 (which stands for Volleyball Champion 2013) quite many kids got to enjoy Volleyball and could make friends out of this action. 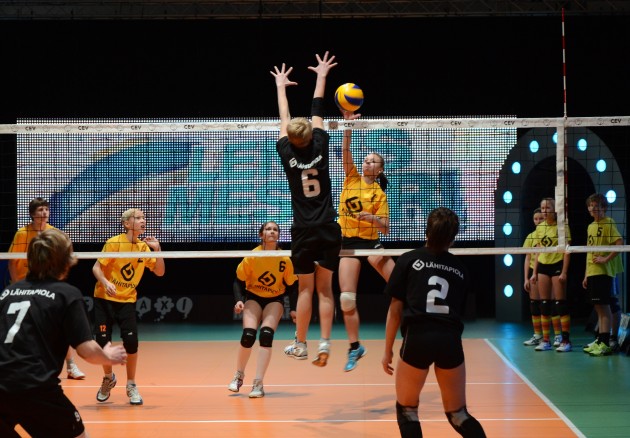 A total of three hours divided into 6 blocks of half an hour each were broadcast thereby covering three preliminary groups, plus the semis and finals that were played on Tuesday, February 12. The competition was open to players aged 14-15 and to teams composed of 4 girls and 3 boys or 4 boys and 3 girls.

The teams did join a series of different contests and namely: a technical competition to test their skills in passing and reception; a second step to verify their agility, speed and ability to play the ball; and a match played with the format 4 vs. 4 with each side composed of two girls and two boys.

The action was joined by nine teams from different regions with JyväSet from Jyväskylä that eventually topped the final charts with the podium completed by Loimu and Tähti from the towns of Raisio and Vilppula respectively.