The PalaValentia arena celebrated the club’s qualification for the quarter-finals, which they began without fear. A gym filled with flags, choreographies, as well as a proud home team welcomed the world champions, who had to find the antidote against the pride and exuberance of the home team. Read more about latest volleyball news, games reports, and statistics on WorldofVolley. 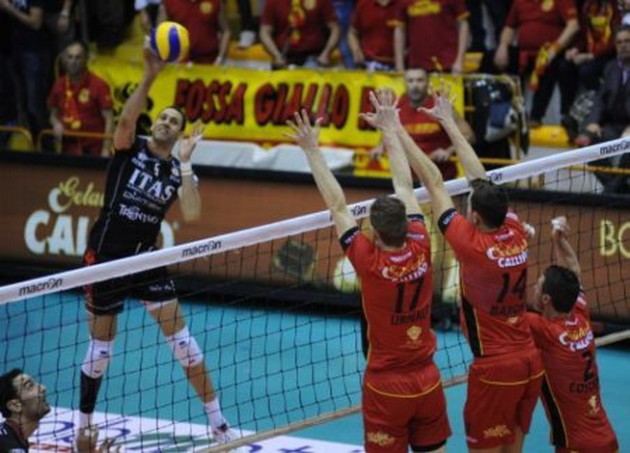 VIBO even found itself with 5-point advantages at various point of the sets but TRENTINO’s experience eventually prevailed. VIBO registered a good 49% in attack, 51 for TRENTINO, both teams had 8 blocks while TRENTINO led 4-3 in the aces. MVP of the match was Raphael.

Rocco Barone (Tonno Callipo VIBO VALENTIA): “We might have lacked composure in the clutch time. We lost the first set on details, then TRENTINO played better than us in the second, while we proved we could play face to face in the third although they scored the big points when it mattered most”

Radostin Stoytchev (coach Itas Diatec TRENTINO): “The final score does not really tell the story of VIBO’s game. They have already shown in these playoffs they are in good shape, and they especially play well at home. We also had a bit of luck in the decisive moments but I am extremely satisfied with the result”.