Sir Safety Perugia: The Block Devils are on their way up north to meet Cantù in top-versus-bottom clash. 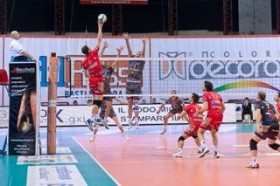 Perugia is coming off back to back home wins against Segrate and Sora but Cantù is angry for points. The hosts will need a good attitude and maximum determination.

Cantù’s debut in the A2 following last year’s promotion was marred by Sequeira’s injury which kept him out for most of the first half of season. They also lost captain Gerosa on the way, substituted by Bonetti. But now the team gained confidence and isa much more dangerous opponent.