On the second day of Alassio Cup, Italy, team of Marco Mencarelli has celebrated a victory against Turkey (3-1), whose head coach is an Italian Massimo Barbolini. The best scorer was Indre Sorokaite with 19 points. 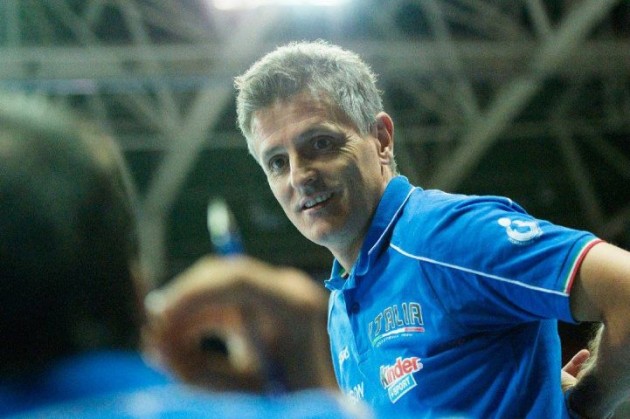 In the match against Turkey, the Italians did not start well, but they turned back thanks to the girls from the bench. The best scorer was Indre Sorokaite with 19 points.

The Italian line up on this match was Signorile as setter, Sorokaite as opposite, receivers Barcellini and Gennari, middle blockers Arrighetti and Folie and libero De Gennaro.

On the other side of net, Turkish has played with B line up with the exception of Toksoy. Neriman Ozsoy still didn’t made appearance in the team.

The beginning of the match was all in favor of Turkey, while Italy failed to develop their game (19-25).

In the early stages of the third part it was equal until Neslihan Darnel came to the court. It was uncertain who will win the set until Tirozzi`s strong attacks forced Turkey to surrender (25-21).

Similar trends were seen in fourth set. Barbolini`s team was always forced to chase the score, but they didn`t have power to overcome Italian lead (28-26).

WL M: Gulinelli – We put a lot of spirit out on the court

REMEMBER HIM? Sartoretti reminds fans on his...