Italy has won friendly matches against the Netherlands and Argentina this past weekend in a series of warm up events organized in the lead up to the World Grand Prix. 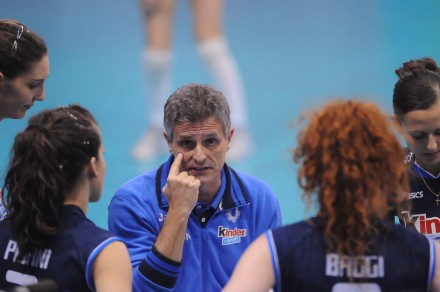 Italy won its match against the Netherlands3-1. Speaking after the match, coach Marco Mencarelli said, “The Netherlands is an interesting formation as the have several players in the major European leagues.” “The matches with Argentina, however, will serve to prepare well for when we have to deal with it in Montichiari,” he continued.

The Azzuri showed how well prepared they were when they beat Argentina on Sunday with a score of3-1.

“After a long period of work, the friendly matches will help us to regain match fitness,” said Mencarelli. “We will have the chance to see different situations of play that we tried in training. After the first part of the season, now we enter in the second phase, the aim is to grow more and more in condition to compete in the Grand Prix and especially the European Championship.”