Ravenna and Cuneo are back on court this Wednesday to play a postponed game of round 19. Due on February 19, the game had been called off because of condensation in the gym. 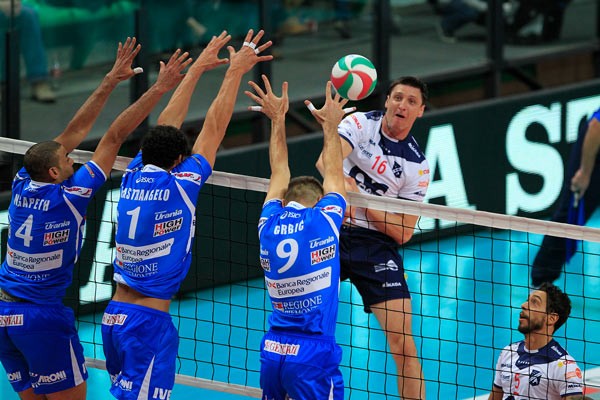 The hosts have not won since December 29 against Latina and they’re coming off a 3-0 loss against Trentino.

Cuneo have won the last two and are just one point behind Macerata in third place, which means there is the second place at stake for Wijsmans and co.

Serie A1 Sustenium round 19 (postponed game)

Antonio Babini (coach CMC Ravenna): “Hopefully we’ll be able to make it a tight encounter like it was two weeks ago before the game was postponed. We know it won’t be easy given that in the meantime Cuneo got all its players back to full fitness”.

Francesco Fortunato (Bre Banca Lannutti Cuneo): “We’re starting back from scratch in this game. This will be a very tough game, we know it, this is a very difficult place to go to. They might be bottom but this is a team that never gives up. We have found a bit of our rhythm on Sunday after a long break and that was very important for us. Now we need to keep improving”.