Italy’s rookie Prosecco Doc-Imoco CONEGLIANO is one of the major sensations of this year’s CEV DenizBank Volleyball Champions League so far as they completed the first couple of rounds in Pool E with two 3:2 victories over Galatasaray Daikin ISTANBUL and last year’s bronze medalists Unendo Yamamay BUSTO ARSIZIO. On Thursday CONEGLIANO will play their second home match of the prelims hosting another star-studded opponent, Azeryol BAKU. 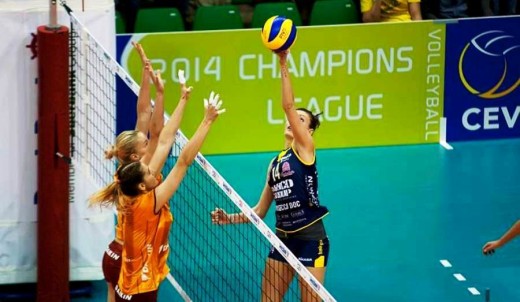 On Saturday evening Prosecco Doc-Imoco lost Italy’s Super Cup to another CL competitor, RebecchiNMeccanica PIACENZA. The bad news continued as their captain and middle blocker Raffaella Calloni suffered an injury to the Achilles tendon on her right leg and will be out for six to seven weeks.

“This is going to be a very tough game for us,” says head coach Marco Gaspari. “If we score another victory we will make a step forward along the way to the Playoffs. Azeryol has a very strong team but in general we have been assigned to a very tough Pool, so for us it is very important to make the best out of our home matches.”