On Thursday Italy’s RebecchiNMeccanica PIACENZA will play once more Igtisadchi BAKU of Azerbaijan after seizing the night last week in Baku. 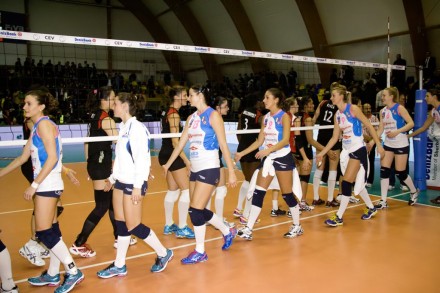 Italy’s national champions claimed the away game played last week with the score of 3:1 and will try to achieve that same feat as they play before their home fans so as to keep well alive their chances to make it to the Playoffs 12 of the 2014 CEV DenizBank Volleyball Champions League. Piacenza is currently ranked second in Pool B with six points as the charts are topped by Dinamo MOSCOW with seven.  Igtisadchi follows in third place with five.

Both teams are making this year their first appearance in Europe’s elite club competition and would certainly like to crown this premiere with a qualification to the next round. Everything is still wide open in the group and  Piacenza can expect a tough game as the side from Azerbaijan will be extra motivated to take their revenge after losing their home match last week in Baku.