Looking towards this week, Italian Championship has two kinds of derby matches. First one is very big when it comes to tradition, to grudges between the teams, the sole rivarly, Trentino - Cuneo. Second one is new, fresh, but these two teams are on a very high level at the moment. Expect great stuff from Piacenza - Perugia. 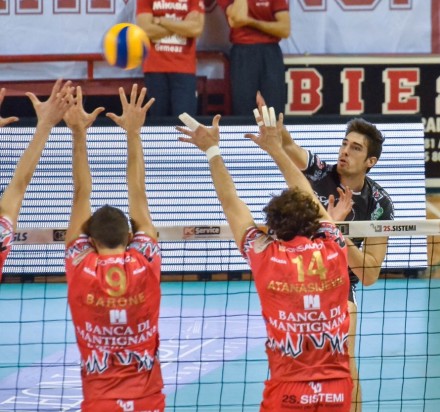 Another home game for the team of Luca Monti arrives this time after the setback in the Champions League caused by Zenit Kazan and also without injured Hristo Zlatanov. Before traveling to the distant land of Russia for the second leg, Piacenza will face one of the most successful teams this season, which is trouncing team after team, game after game. Huge success for Sir Safety Perugia came with the qualification to the Del Monte Italian Cup Final Four. Kovač’s team has already managed to beat the league leaders Lube and will try in every way to establish themselves as a “favourites slayer”.

Volleyball players are the most beautiful in Turkey