The race to the finals of the championship for women continues. Villa Cortese will play against Norda Foppapedretti Bergamo in the first game of the second series of semifinals at 20:30h in PalaBorsani in Castellanza. 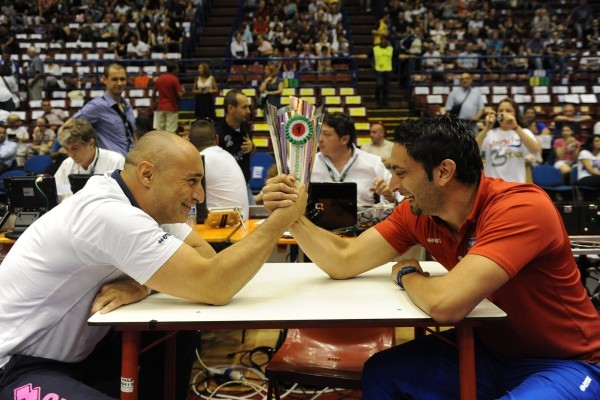 Two teams meet for the sixth time this season. They have met in the regular season and also played in the Italian Super Cup and in two games of the quarterfinals of the Champions League.

MC-Carnaghi returns to the championship after the Champions League Final Four in Baku, in which the coach Abbondanza received valuable feedback from the so-called “second line”. The coach of Villa Cortese tonight can change the tactic with Pincerato and Katherine Bosetti on the court. However, Mazzanti in this important first game of the semifinals should give confidence to six + one that defeated Chateau d’Ax Urbino in the quarterfinals.

The second round of the series will be played on Sunday at 21:00h in PalaNorda in Bergamo and on Monday, on April 2 at 20:30h in PalaBanca in Piacenza between Busto Arsizio and Piacenza.

MODENA IS BACK: Trentino powerless at Palapanini...