The eleventh edition of the “Lases Cup”, Latvia’s most popular and largest youth Volleyball tournament, was completed this past weekend after the final round was joined by a total of 1’200 kids – including 3 guest teams from neighboring Estonia – divided into two different age groups per gender. Actually more than 5’800 children had participated in the qualification rounds thereby setting another record-breaking figure in the history of this unique Volleyball fiesta which is organized in cooperation with the company “Rigas Piena kombinats” and the support of the local City Council. 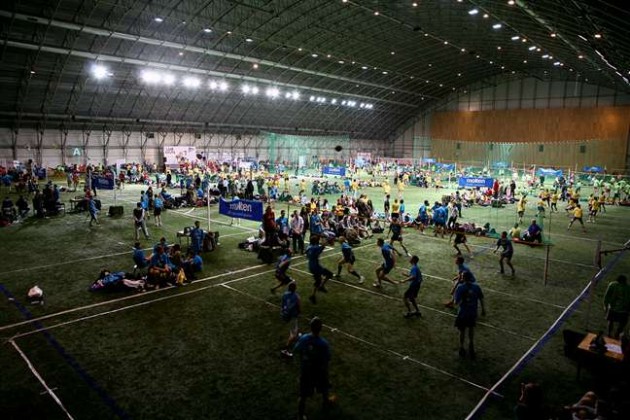 Lases Cup breaks once again all previous records in Latvia

A special address was sent to the finalists by Latvia’s Head of State, Mr. Andris Berzins, who recalled that Volleyball is the very first sport he was introduced to during his youth: “Volleyball was the first discipline I got familiar with already during my childhood and so I am more than glad to see that it is still being well promoted and that year after year so many children are brought together by this wonderful sport”.

Another message was dropped by Latvia’s Minister for Education and Science, Mr. Roberts Kilis, who invited all participants – regardless of the final standings – to feel like real winners: “I wish you all will feel like winners at the end of the day because Volleyball is such a great sport which contributes unique emotions not only to the players but also to the fans” he wrote.

While last year the qualifiers of the “Lases Cup” were joined by 5’428 kids representing 248 schools, this time more than 5’800 – for a total of 254 schools, i.e. 31.2% of all Latvian institutes for primary and secondary education – registered for the event.

The children are divided into two age groups, with those attending a primary school and born from 1996 to 1999 competing in a special division, while a second category was foreseen for secondary schools (whose students were born in 1992-1995).

Riga was represented by 77 schools, i.e. 54.2% of all educational institutions located in Latvia’s capital city.

The finals in Riga are not just a Volleyball festival as the kids have got the opportunity to join many special activities and contests. They even got the chance to attend a concert of “Musiqq”, a very popular band that last year had represented Latvia at the Eurovision Song Contest in Düsseldorf, Germany. Additionally the participants could take pictures with the official mascot of the event, Lasens, and get acquainted with some issues related to personal safety helped by two fictional characters, a tomcat named Rudis and a beaver, Bruno.

The company “Sporta Punkts SIA”, the official agent of sportswear manufacturer Errea in Latvia, awarded the best coach and best player of the competition. The winners – Natalija Deveikusa, the coach of Riga’s Volleyball school, and Monta Urbane, best player of the “Lases Cup” and a member of Latvia’s junior national team – will have the unique opportunity to attend a match of the CEV Volleyball Cup taking place next year in Italy.

“I really like very much being here as all other girls do” says Inga, one of many young players that joined the matches. “This is a good way to spend our day: we enjoy playing Volleyball, can meet friends, attend many more activities and listen to good singers. And every year there is something more” she recalls as this was the second time she was in attendance.