Only a few days after playing host to the final four of the 2012 CEV Volleyball Champions League, the capital city of Azerbaijan returned once again under the spotlight as the local sides of Baki and Lokomotiv played the first final game of the CEV Volleyball Challenge Cup that for the second consecutive season had turned into an all Azeri affair. 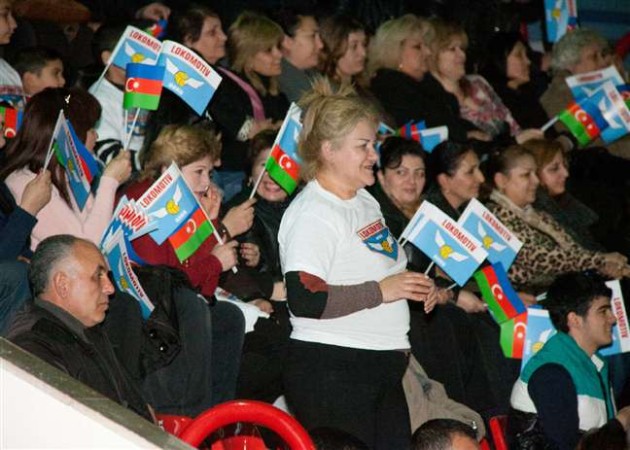 Lokomotiv takes first round of all Azeri final

Lokomotiv went up 2:0 and afterwards was confronted by a terrific comeback of Baki with the side mentored by Brazilian head coach Angelo Vercesi eventually calling for the tie-break.

There Lokomotiv regained control of the game and could eventually celebrate a 3:2 win that in order to seize the trophy will have to be backed up this coming Sunday once it comes to the return game.

US American Nancy Jean Metcalf paced Lokomotiv and top scored in this match with 26 points while Brazilian Renata Colombo contributed 22 for the likes of Baki BAKU.