Giulio Sabbi has officially put his name into history book of Serie A. 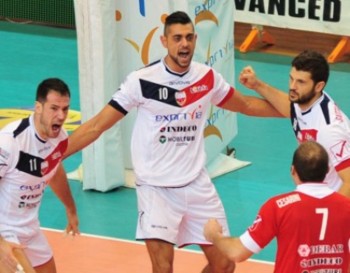 In a match between Verona and Molfetta (2-3) Sabbi helped his team win the match by scoring 41 points! He became the first player who scored more than 40 points in one match in Serie A, after the 25 set system was invented.

However, it is not the record in Italian volleyball as Jose Matheus scored 45 and 43 points in Serie A2.

It is interesting that the absolute record holder in points during the one match is Ljubomir Ganev who made 75 points in 1995, but that was the time when system of 15 points with changing serves was in charge.