If our info is true, Aleksandar Atanasijević will play next season in Japan! 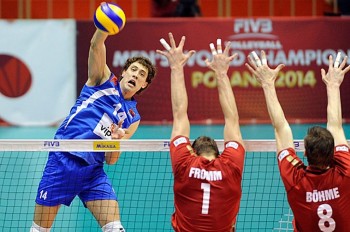 Clubs all over the world has already begun to plan rosters for the next season. As usual, Japan clubs are the fastest on that field, and one of them maybe scored the jack pot!

Allegedly, Aleksandar Atanasijević has decided to leave Perugia at the summer, and has chosen Japan for next destination in his career. Serbian superstar has only 22 years and has proved that can play in the best leagues in Europe, however, financial motives might prevail and lead him on the far East

According to some information transfer amount would be around 600.000-700.000 dollars, but is still unknown how much would go to the player.

This transfer would enormously popularize volleyball in Japan, especially if we know that 90% of crowd on the matches are women…