Huge surprise in the quarter-final coming from Latina. Not happy with a superb upset against Belluno, Latina made back-to-back breakthrough with a 3-1 win over Modena to qualify for the playoffs semi-finals. 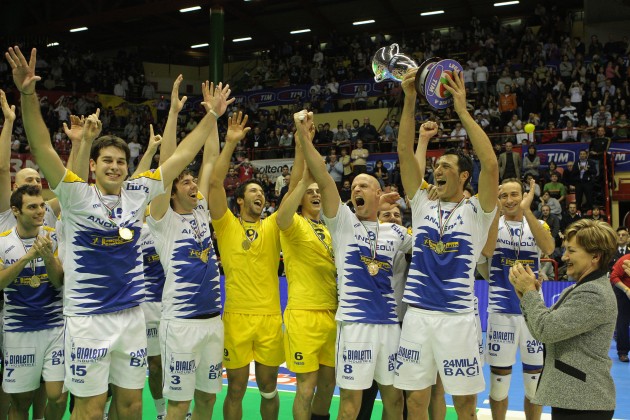 Daniele Sottile (Andreoli Latina): “The first set was tough, we’re a young team, not many of the boys have played playoffs before, and a tense beginning was normal. We needed a break to get going, and it came in the series completed by Rivera. From then on, everything was much easier. This is a great result for us, we’ll celebrate today, then we’ll focus on the Trento series. They are huge favorite, but we’ll play our game, just like we’ve done here in Belluno”.

Matthew Anderson (Casa Modena): “We started off brightly as we wanted to by taking the first set, but it was not enough. The key moment was in the second set, in the middle of it they escaped and we just couldn’t get back. They gained confidence while we stopped playing our best volleyball. It’s a shame, we could have done better in those two days, it did not go as we expected”.