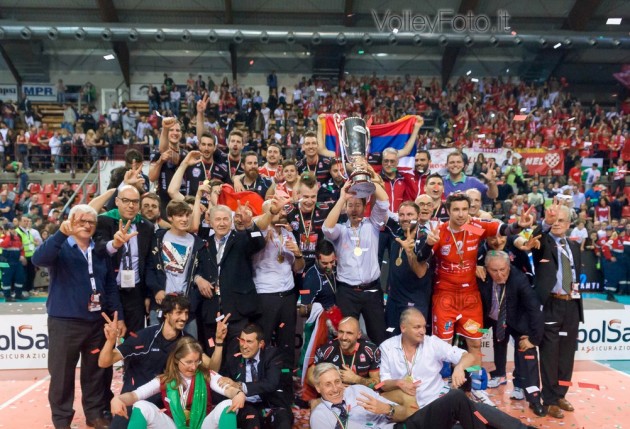 The whole series was just tremendous, but that last set… That was something magical. It was a true picture of the complete finals.

Perugia was on the right path to equalize the result and reach the tie-break. With Vujević on serve, home team won several consecutive points and took the lead of 22-19… Then it was 23-20, 24-22…

But, Macerata made an amazing comeback. Away team turned the things around and took over the lead (24-25)! Lube had five championship balls in a row… Missed all of them.

It was Perugia’s turn again. Squad of Slobodan Kovač had two huge chances to finish the set. First on 31-30, but especially on 32-31. Home side had four attacks in that point. Four attempts for tie-break! All of them failed, Stanković blocked Atanasijević… It was 32-32.

Perugia had one more oportunity, but Macerata survived that too. And then, away team finsihed the job. Firstly, Lube gained the lead after a counterattack and then Podraščanin blocked Atanasijević for 32-34. For the title.