ITA M: Players of Lube – “Trophy proves, we are the best”

Last night, Lube has won the Italian Volleyball Championship. They beat Perugia away and won 3-1 in final series. 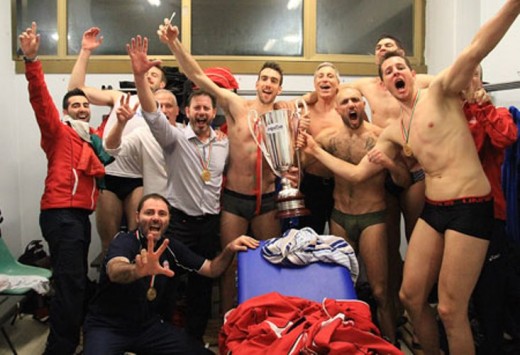 Players of Lube were really proud and read what they said after the game vs. Perugia:

Ivan Zaytsev, the opposite:

„It was a tough season for us. We ended it by proving that we are the best to all those who have criticized us“

“We have shown everyone that we are a great team. I won the MVP title but I wouldn’t get it without my teammates.”

“I dreamed of this title since I started to play volleyball. I’m thankful to my teammates, staff and club’s board.”

“It was very tough season. By winning the Scudetto, the team showed a great character. Now, it’s time for celebration!”

“We have proven that Lube is a very strong team. It was fantastic championship!”

“I realized two dreams in this season. The first one was to play in Italian league, and second one to win it! I’m very happy!”

“We wanted to win this title more than anyone! After the bad results in CEV Champions League and Italian Cup, we have found strength to reach this fantastic achievement”.