Piacenza is almost in full line-up. Friendlis are announced. 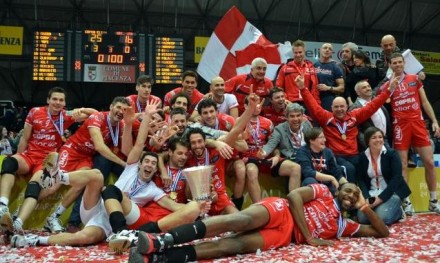 Ostapenko joined the group, which is now almost complete. There’s only Brazilian libero Mario Jr and French outside hitter Le Roux missing as they’re involved with their national teams in the World Championships. In the meantime, some friendly games have been set, the first being on September 13 at home against Brescia, newly promoted in the Serie A2.  Games against Milan (19th) and another new team in the Superlega, Monza (26th) will follow. Intensity will pick up in the first two weeks of October with home and away games on October 1 and 9 against Trento, while in between the team will take part in the Gubbio Tournament on October 4-5. In the semi-finals Piacenza will take on Modena, while Verona will be up against Città di Castello.