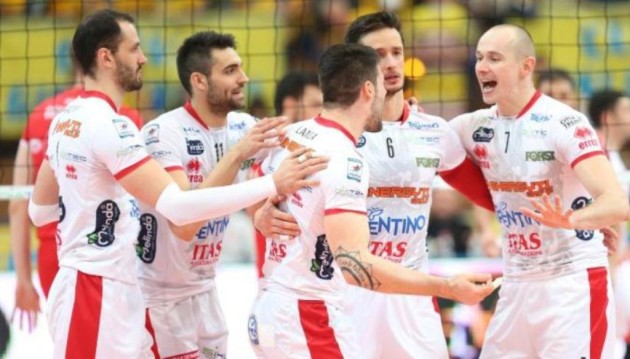 It was one of the best matches so far this season. Perugia had a lead two times but Trentino managed to comeback and to win the game.

The team of Nikola Grbić had better opening of the game. They took the lead 25-22. The second set was probably the key for Kaziyski & co. They managed somehow to win thriller in second part of the game and to tie the score 28-26.

Perugia raised again and took the lead after beating the rival in the third set, but Trentino had an answer 25-14!

In tie-break, Stoytchev’s side opened with a full throttle, had 10-5 lead and rival had to surrender!

Martin Nemec (20 points) and Fillipo Lanza (19) were the best players in Trentino, while Aleksandar Atanasijević had 24 in Perugia’s jersey.

Trentino will play against the winner of clash Modena – Lube in final.