Ivan Zaytsev, Dragan Travica, Giulio Sabbi and Luigi Randazzo will not play for Italy at the World League Final-Six!!! 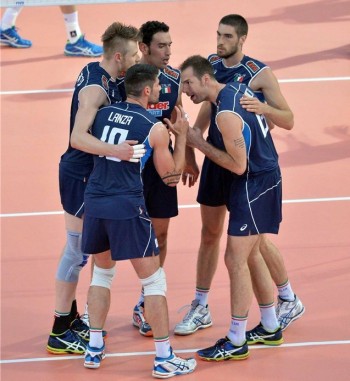 Four players were expelled from the national team due to discipline violation and they will leave Rio during the day and return to Italy!!! Gazzetta.it writes that Ivan Zaytsev, Dragan Travica, Giulio Sabbi and Luigi Randazzo were caught outside the hotel during the night, when they should have been in their rooms!

Head coach Mauro Berruto consulted with the Italian Volleyball Federation and then decided to remove the four players from the team! He called up Davide Saitta, Jacopo Botto and Gabriele Nelli to replace them.

WL: Berruto – “Some values must be respected”

It is the right decision. All the players must obey the rules. Being famous and successful doesn’t give any exemption to these players.

Good news for Poland,now they will have their chance to qualify for the next round

blueredwhite You’re so obsessed about Poland 😀 psychiatric hospital for you

ITALY is off now but all respect to berruto decision , I think team discipline is most important than other factors .
Even before starting world league 2015 intercontinental round , Italy & Serbia & Brazil had ticket to ‘Final 6 Rio’ with such a team like Australia .
It’s hard to know who will be champion next days .