After Italy beat Poland at Men's World cup, the Women's volleyball national team of Italy have defeated collegues from Poland in four sets! 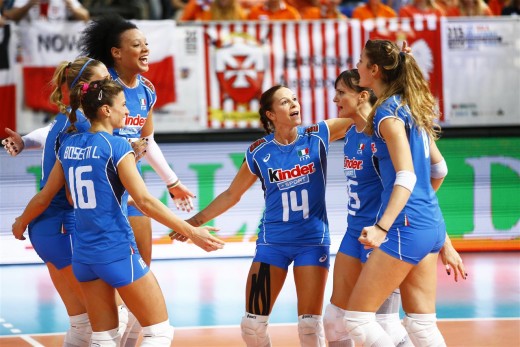 The first six games during the DAY 1 were ended in three sets, but this derby of Pool A couldn’t be finished that quickly!

Thanks to Valentina Diouf and Christina Chirichella, Italy got the first set. Their serves were too good to be received, and Poland had to surrender.

In the second set, Kasia & co. made comeback! They played much better and now Italy were powerless.

The level of play of Italian girls in the third set was really amazing. Poland couldn’t find any solution to stop Bonitta’s side so they were trailing again by one, 2:1!

Nawrocki’s side didn’t manage to recover from amazing Italy‘s play in the third set, and in the fourth set they were triling by 8 at the beggining of this part of the game (9:1). Later, Italy deserved the win!