ITA M: Perugia signed contract with Kovač while Castellani was still on bench?!

A respectable Argentinian journalist Santiago Gabari gave his point of view on a surprising sack of his compatriot, Daniel Castellani, by Sir Safety Conad Perugia. 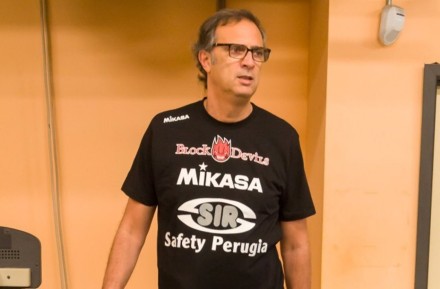 As Gabari wrote in the article on the website voleyplus.com.ar, the only reason why Castellani left the bench of Italian team was contrariness of its President, Gino Sirci.

Apparently, Sirci always wanted Serbian Slobodan Kovač back, whom he finally appointed as coach. Gabari emphasized that Kovač signed contract with Perugia right after Serie A1 opening (in October), but it was valid for the next season.

Kovač led Perugia from 2010 to 2014, went on the bench of Iran’s National Team and kept refusing proposals from Sirci while he was on that position. Sirci waited for Kovač to end deal with Iran (in October) and instantly promoted him as Perugia’s coach despite satisfying results of Castellani since the beginning of the season (7-3 record in Serie A1).

Even the voice of the fans who shouted Castellani’s name at his last match on Perugia’s bench didn’t change Sirci’s mind.

How incredible is this! Brazilian player performs backward reception (VIDEO)