The new season for the Italian champions begin tomorrow. 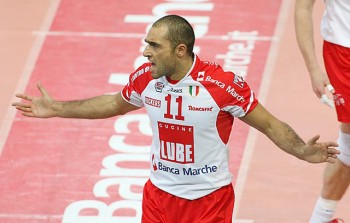 Four players will be present: Natale Monopoli, Jiri Kovar, Hubert Henno and Davidson Lampariello. Seven others, who have been at the London Olympic Games, will report for training on Monday August 27. Finally, middle blocker Pajenk will come later as he will take part in a qualifying tournament for the European Championships from September 7 to 15.