Trentino Volley completed its roster with the signing of Stefan Chrtiansky Jr. 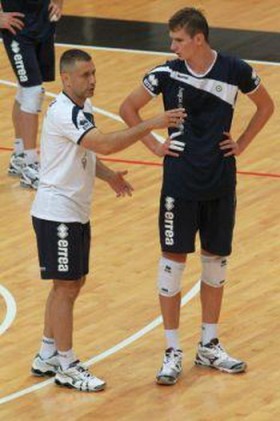 Born in 1989, the Slovakian spiker came up in Innsbruck where he played the last six years. This will be the third Slovakian to wear the Trento shirt in the history of the club after Chocholak and Nemec. Despite his young age, Chrtiansky already took part in five Champions Leagues and won the European League with Slovakia as the team was coached by Zanini.

“It was an easy choice for me – said Chrtiansky – Trento has won more than any other team in the world in the past four years. I am glad I could convinced the club to sign me during this week of training”.

This is why crowd gathers to watch...