Cucine Lube Civitanova look superior at the start of the season in Serie A1. 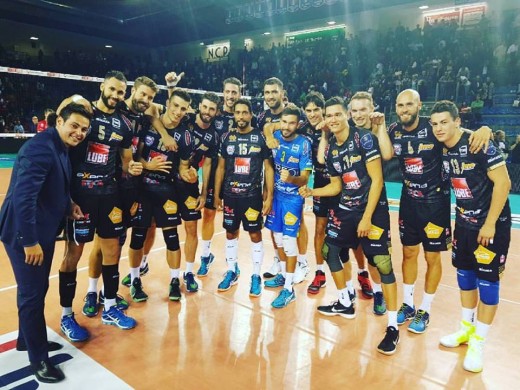 Revivre Milano had huge boost by the crowd in PalaYamamay gymnasium in Busto (the city which is not their but where they play as the hosts this season), but it did not help them to prevail over champions Azimut Modena. Wards of Roberto Piazza dropped only one set and took three points 3-1 (25-20, 25-18, 23-25, 25-23).

Despite some announcements, Frenchman Earvin Ngapeth took his place in Modena line-up and topped his team with 16 points. Bulgarian Todor Skrimov and Serbian Saša Starović scored same amount of points for the hosts.