IT’S OFFICIAL: Coach Bernardi extends with Perugia, admitting he had a quarrel with President Sirci 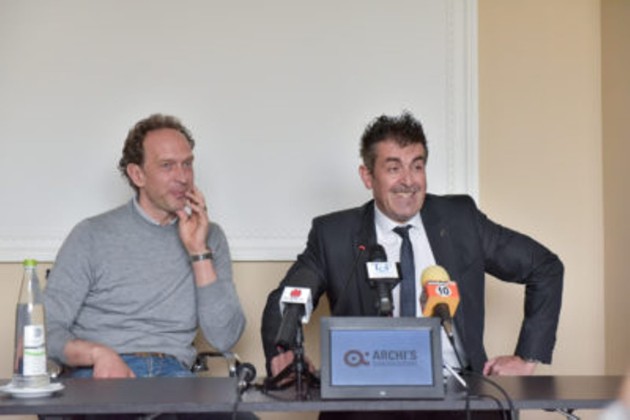 At today’s press conference, with the presence of Sirci, Bernardi has signed a new contract despite some misunderstandings these two had in the finish of the season, as they revelaed.

„My emotional reaction at the end of the semifinals in Rome (Final Four of the 2017 CEV Champions League) came after a difficult week, but that does not justify it. I did not want to disrespect the President, it was not my intention and I apologize publicly. There is mutual esteem, I believe that in these months we have built something important and it would be a shame not to continue,“ Bernardi said.

„There has been an episode between me and Bernardi in the mix zone in Rome, things like that can happen. For my part there is no resentment. Moments of relief or anger happen in life, it happens in families and at the workplace. Now, we continue together,“ Sirci stated.

ITA W: Scandicci win race for one of the most talented world players