Pomi Casalmaggiore have announced one more reinforcement for the upcoming season. 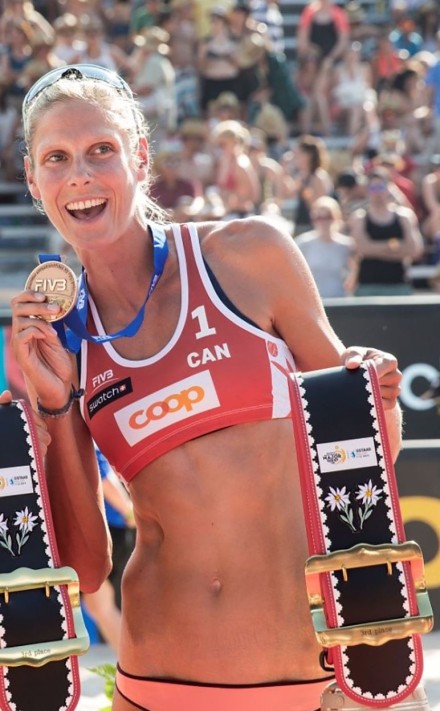 In front of a large crowd of fans and journalist Pomi announced that Canadian opposite Sarah Pavan is a new member of Pink family.

Sarah was the top scorer of Serie A1 in 2011/2012 when she played for Villa Cortese with 354 points. In that period her teammate was Martina Guiggi who also signed for Pomi.

In Sarah’s career she won two Brazilian Championship with Unilever Rio de Janeiro, in 2014/2015 played in Korea and in the past two seasons in Chinese Shanghai.

During the summer she plays beach volleyball and last year with Heather Bansley, she was the 5th at Olympic Games in Rio.

The second player who signed for Pomi is Francesca Napodano. She is a new winner of the championship U18. She came from the youth team and will be for sure one season in the A team.