As “La Gazzetta dello Sport” revealed, there is a conflict inside the Italian Men’s Volleyball National Team that might explode if it’s not resolved soon. 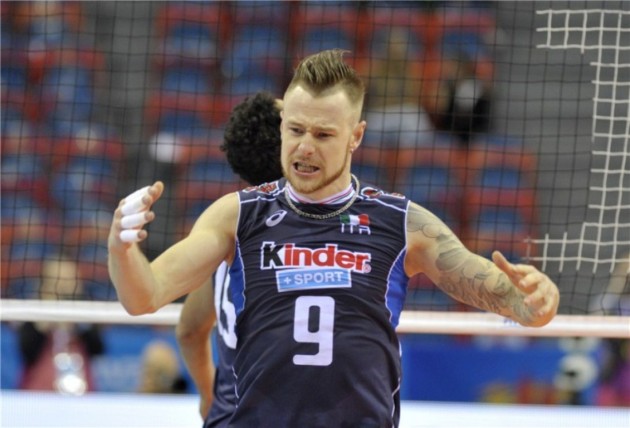 Ivan Zaytsev, big star of world volleyball, appeared at the preparations of the Italian NT for the 2017 CEV European Championship (August 24 – September 3) wearing a pair of shoes different from the other players, which caused tensions in the squad.

Italian Volleyball Federation (Fipav) has strict rule regarding this which says that all players summoned to the national team must wear the shoes provided by the official sports equipment supplier of the federation which, in this case, is “Mizuno”. Since Zaytsev has own sponsor, the “Adidas”, hence the conflict in which even Fipav President Bruno Cattaneo got involved, and in which lawyers might be included soon.

“There mustn’t be a player that uses a different brand of footwear from those of our technical sponsors. We were willing to discuss the changing of a shoe model. Our sponsor was even willing to make the shoes for him (Zaytsev) only, but this principle can’t be rejected without opening a very complicated situation with other players. I heard about the lawyers, letters. All these issues make me ask: who is advising Ivan? I think he’s important for the team, but the group has own rules that are the same for everyone,” Cattaneo said to “La Gazzetta dello Sport”.

Fipav President added he will hold a federation meeting tomorrow regarding this problem and also announced he will meet Zaytsev personally next week to find a solution.

Does Zaytsev risk a second exclusion from the Italian NT, after the one in 2015?

It is quite simple: who signed a contract first? Than, the problem will be for the other that had to comply with the contract in act

After this act from Italian Federation, the shoe suppliers will avoid signing personal endorsements with the volleyball players.
The clubs & federations should be more open and welcome that players have chance to be the ‘face’ of the product.
You have to sell the volleyball and build the ‘player as a brand.’

Let him wear whatever he wants. His the face of the Italian Team.