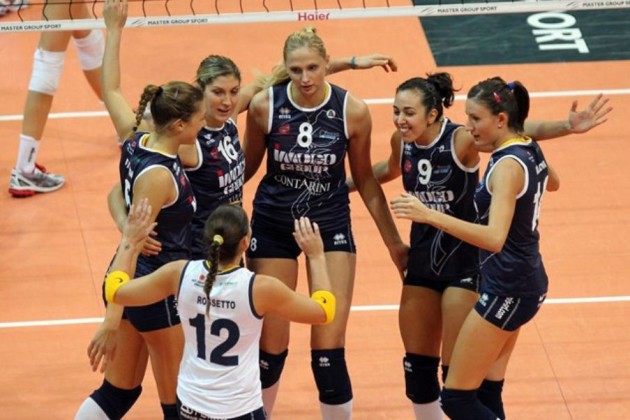 This was the third defeat for Bologna. Even the 1800 spectators couldn’t help Simone‘s team against Gaspari‘s girls.

The second set started point for point 3:3, but Nikolova and Fiorin took the game and made the lead 10:14. After that Conegliano was great and won the second et 16:25.

Third set was even better for Conegliano and they won 14:25.

This win gave Gaspari‘s team six point in total, while Bologna has one point.