Exciting round 19 ahead with the top four facing each other. Tied in second place, Perugia and Segrate meet with the place of sole runner up behind the leaders at stake and who knows maybe the top spot too if Castellana was to lose. The leaders will take on the fourth, Città di Castello. 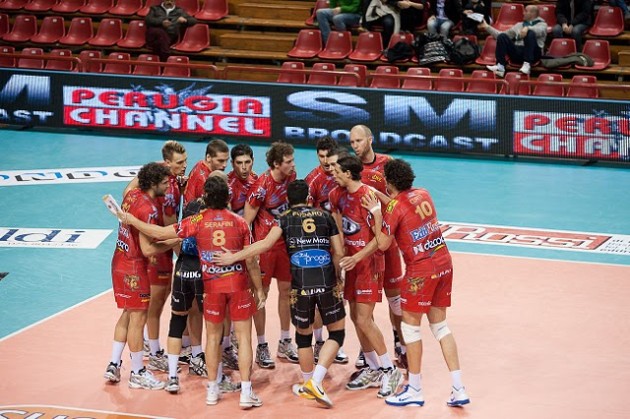 Di Pinto’s team will try to maintain its two-point advantage on the followers against a team that has gathered three wins in a row with maximum points to start the second half of season. Particular game between Molfetta and Atripalda as the match will be dedicated to coach Giancarlo Imbimbo, who tragically passed away as he came back from the winning trip to Loreto.

Knocked out of the Italian Cup by Molfetta, Milan will try to bounce back at home against Genova, which moved up to 8th just three points behind Milan. Second consecutive home game for Sora, which takes on Isernia after the three points taken at the expense of Corigliano. Isernia was stopped last Sunday by Perugia after taking points in each of the previous six encounters. Reggio Emilia ended its ten game losing streak last week and is ready to take on Corigliano. Eleventh, Santa Croce wants to get back up the table as it entertains the young team of Club Italia, 13th. Cantù will play host to Loreto, which is dealing with injury problems that prevented them from taking any points from their last two games.