These days, Sir Safety Perugia have been extending contracts with the players for the next season, but a status of the coach Lorenzo Bernardi is still questionable. 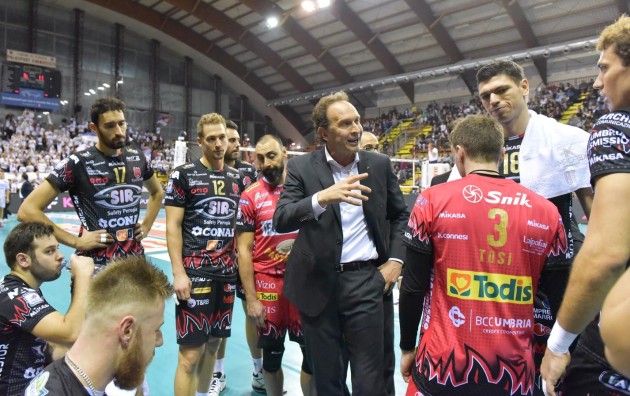 Perugia have already started to build a roster for the next season, but they still do not mention who will be their coach in 2018/19.

We asked volleyball manager Georges Matijašević what is the future of the coach Lorenzo Bernardi in Perugia after he won an Italian Supercup and Cup with the “Block Devils” this season and claimed the top-seed for the playoffs, for the first time ever in the club history.

“Surprisingly, Perugia didn’t contact us for making a new contract with Bernardi. He won Supercup and Cup this season for Perugia. We received offers from two teams who are among the best in the World, and we received some calls from some of the best Italian teams. For now, Bernardi is focused on the league, as his main goal is to bring one more title to Perugia fans,” said Matijašević.

Can you tell us which are these teams?

“I will say only those teams are from Brazil and Russia.”

POL M: Teenage setter shows Skra the way to return to No.2

What is this?!Bernardi put his agent to cry for new contract thry media.So he is not focus on play off and champions legue which are most important competitions,this is not beheivior of serious coach.

This is not his agent. This story can only do bad thinks for Lolo. Off course h is going to sign new deal with SIR, he is doing a great job.

Re: @Bax So if this are not words of his manager somebody is not telling truth: WoV or this person! Whi is his manager?