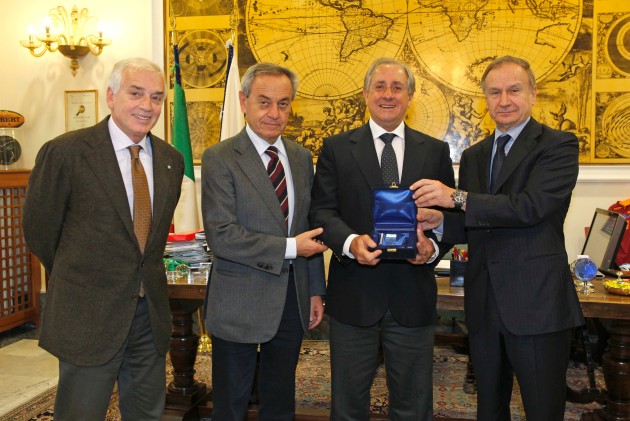 At the same time, President Graça visited the Italy Olympic Committee (CONI) where he was welcomed by CONI President Giovanni Petrucci and general secretary Raffaele Pagnozzi.