ITA M: Zaytsev confirms leaving Perugia – “They made the choice, not me”

Ivan Zaytsev will be at the crossroads at the end of an ongoing season. What is certain, he will not stay in the Italian men’s volleyball championship SuperLega UnipolSai side Sir Safety Conad Perugia. 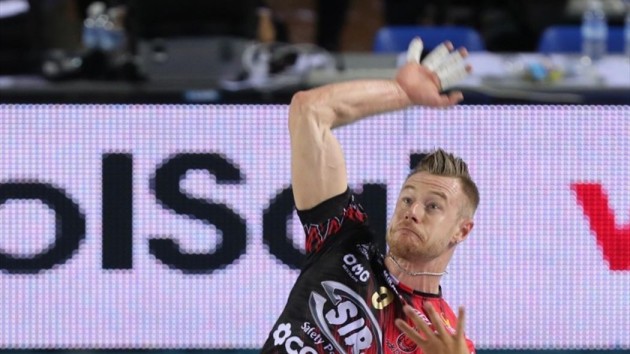 What Perugia president Gino Sirci announced two months ago was confirmed by Zaytsev himself – he will not stay on the roster of the Italian cup and Super cup winners.

“It’s well-known to all that I feel like opposite and I want to play as an opposite. And this was also known to President Sirci when I signed the contract with Perugia. The deal was that I would’ve been an outside hitter for two years and then I would’ve had the chance to return to my role also knowing that both Atanasijević and I would’ve been out of contract. Instead, they have renewed with him, as he had excellent performance, while I’ve never even been called to talk. Perugia made the choice, not me,” Zaytsev said to Corriere della Sera.

The “Zar” reminisced the famous “footwear case” that sidelined him from Italy national team last year.

“It wasn’t a problem of sponsors, it has never been. I would wear Mizuno but if a model that meets the specifications I asked comes from Japan. For me the rules are important, but also is my health.”

“Play at home is a unique opportunity. I couldn’t imagine it without me. And, also, there’s the only medal I miss…”

Seems like Perugia is putting everything they have in recruiting Leon. Scrapping Zaytsev might still be a loss in any possible way but I believe that Leon will bring a higher spiking efficiency on the left, which was very inconsistent with Zaytsev on that position.

Keeping Atanasjevic over Zaytsev is also a good decision I believe. He has become a stable factor in finishing of for Perugia and has proven to be incredibly efficient. The problem Perugia will be having for next year is including the right number of Italian players in their starting seven.

Perugia made the wrong choice IMO.
Zaytsev is more important than Atanasijevic. If they kept him, Zaytsev with Russell and Leon is an unstoppable force. I am worried about the reception. Leon and Russell are not the best passers in the world. With Zaytsev they could fix that. With Atanasijevic they may not stand a chance against teams with incredible service pressure.
I’m also worried with the rumours going round that Perugia may take Lanza to replace Zaytsev. He is not having his best season and his serve is horrible.
I’m also hearing rumors about Russell leaving Perugia because of the italian situation, he may not get the playing time he may want. It is obvious that Leon is better than him in the attack and his pass is not the best in the world so that leaves a dry bench for Perugia for the next year. With Zaytsev they would have no problem with this as the player can also play as a receiver.

Re: @rivers
You do have a point. But Leon is truly the best vb male in the world. His reception is not perfect but is still really good and he`s used to have everyone always serving on him. The difference he makes is that he is your OH and OPP at the same time, no other player besides Leal can provide that, not even N’Gapeth. Atanasijevic won`t even be getting many sets as he does right now because Leon will be the one getting the most balls.

@rivers Zaytsev is worlds better than the chokertanasejevic. That choker will kill Perugia. Leon won’t stay in Perugia. The Sirci is wrong. Leon will come back to Zenit Kazan cause he’ll make more money in Russia than in Italy and he will leave Perugia penniless bankrupt and without the champions league trophy as long as the serbian choke stays with Perugia. I can already see them losing the superlega and champions league by insisting on Leon and Choker. Without Bernardi, Russell, Colaci and Zaytsev, this Perugia team is nothing. They will lose all the cards that helped Perugia win something. Promise you that. xoxo

Re: @chokertanasejevic
We know that is you SHAME.

Zaytsev has given 2 good years at Perugia and they have treated him well. His agent does a great job and Ivan also does a great job marketing himself regardless of NOT being the GO-TO guy on this team.
He wants to play opposite and Perugia had already locked a younger and equally exciting player in Atanasijevic up for 2 years. Trentino would be an ideal landing spot for Zaytsev. Leon is exciting and very costly but necessary to make that next jump to compete and win World Championships.
Russell and Leon would be ridiculous, if they can afford it.
Trading Lanza for Russell is interesting but that would be a steal for Trentino.
Russell is just getting his legs under him after weeks on the sideline injured and you see how he elevates the play of Perugia to the next level.
Im sure everyone at Perugia is sad to see Zaytsev leave. He is a fun player to watch but Im sure he will do everything he can to help them finish their jobs this year.