Volei Alba Blaj have hired the fourth Serbian player for the next season. 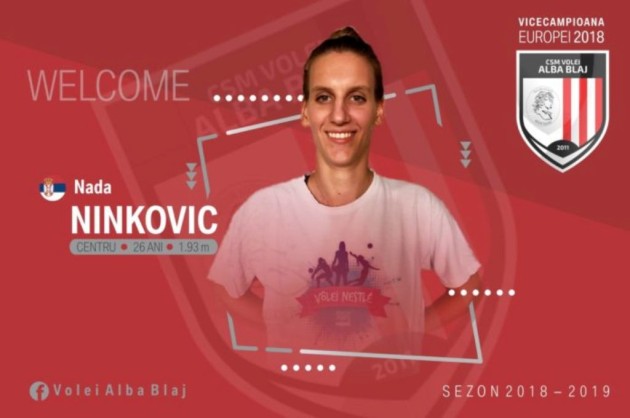 After they hired Suzana Ćebić, Ana Lazarević, and Maja Aleksić, Volei Alba Blaj put the signature on the contract with the Nadja Ninkovic. This Serbian middle blocker last season played in Brazil where she defended colors of Osasco Volei.

Recall that she already played for this club in 2016/2017 before she moved to Brazil.

For this player, it’s known that she was a member of Volero for few seasons than she moved to Italy, Romanian and Brazil.

Nadja is a former member of the Serbian National team.

From which planet are you?! 1st tempo...