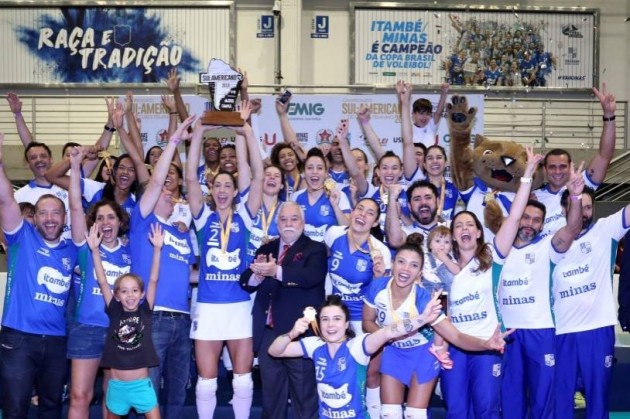 Minas Tenis Clube successfully defended their continental title, finishing undefeated at the top of the single round-robin pool of the 2019 Women’s South American Club Championship which they hosted at home in Belo Horizonte.

It was the fourth title in the history of the competition for Itambe Minas Tenis Clube, who beat Dentil / Praia Clube of Uberlandia 3-0 (25-21, 25-16, 26-24) in the decisive closing match, for a 1-2 Brazilian finish. Brazilian clubs have been monopolizing the gold medals since 1988.

Minas were led by their captain Carol Gattaz, who received the tournament’s MVP award for the second year running.