The fourth ACPV meeting is set to go ahead in Milan on March 26th, 2019, and will see several major volleyball stakeholders, clubs, coaches, players and league representatives gather together, ACPV President Stav Jacobi, and General Manager Ivan Miljkovic have confirmed. 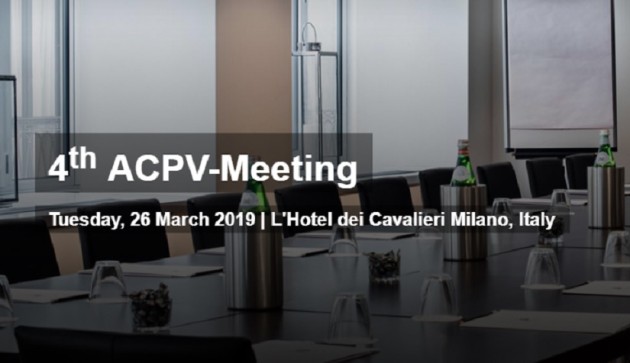 The meeting will take place at the L’Hotel dei Cavalieri Milano (Piazza Giuseppe Missori, 1, 20123 Milano), starting at 14:00 CET and estimated to last until 18:00 CET.

With representatives of such prominence across the volleyball world set to attend, matters to be discussed on the meeting agenda include the pressing issues of the status of players and contracts, transfer fees issued by the CEV and FIVB ITC-Administration, the International Calendar and the World Ranking System, as well as the Media, Marketing and Betting Rights of Volleyball clubs. The current status of relations between the ACPV and FIVB/CEV and the steps that will be taken in the future are also up for discussion.

The newest members of the ACPV will also be acknowledged during proceedings, and the Mission Statement of the ACPV will be reiterated for all in attendance. Anybody present at the meeting will also be able to bring up any other points that may be deemed relevant for discussion in the interests of European club Volleyball.

“The issues on the agenda are, in our view, some of the most telling in Volleyball right now and we are keen to get everyone around the table to discuss potential solutions that will be in the best interests of all parties”.

Some issues to be added to the meeting agenda may well include the presentation of “Blockchain in Volleyball” by the Blocksport company, the Swiss leader in Blockchain technology, and its CEO Semih Kacan. The presentation shall explore its implementation in different sectors, including sport. The idea of the ACPV would be to present this as a possible solution for the FIVB ITC system, which would comply with many of the recommendations of the IOC and EU, such as good governance, transparency, cost reductions etc.

Invitations to attend the meeting have already been dispatched across Europe, however, anybody interested in attending is welcome to do so. One must register their interest in advance by filling in the Registration Form. The ACPV looks forward to welcoming all in attendance.