When the lights went out after the 2019 CEV Men's Volleyball Champions League quarterfinals rematch against Trefl Gdańsk, a famous libero Aleksey Verbov officially announced a very difficult decision for every athlete - he will retire and it will happen at the end of the ongoing season! 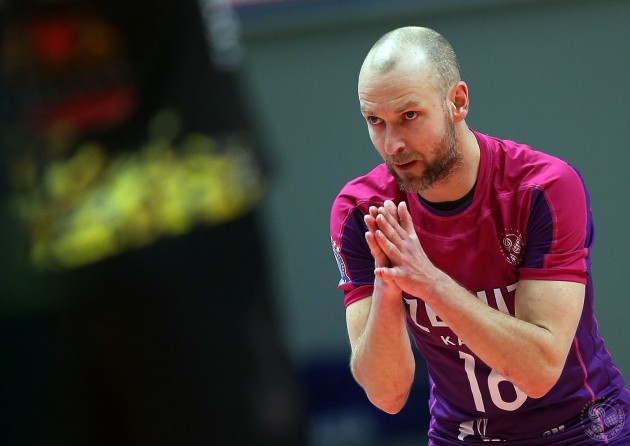 At the end of the match against Trefl in the Champions League, a 37-year-old Zenit Kazan libero Aleksey Verbov announced the big news regarding his career which was kind of expected knowing the fact that he has been performing a dual role of a player and a head coach for a couple of seasons already.

“BIZNES Online” reporter noticed that Verbov was on a high level in a marathon game against Trefl, showing that he could play for a long time…

“To be honest, it’s already difficult. Matches like this, of course, give pleasure, but it must be understood that the decisive playoff matches are only part of the season. In order to reach them, you need to work a lot and it is already difficult for me. I want to finish in a good style and not to be dragged from the court. Besides, I already have a goal to which I go. I can officially say – two more months and I am done,” legendary libero said and added that he will become the head coach of Russia national team “B” that will compete in the 2019 Summer Universiade.

Recall that Verbov gave a hint for this decision in an exclusive interview to our website, nearly a year ago.

Verbov became the winner of the Olympic Games twice in the Russian national team (2004, 2008) and also won the 2013 EuroVolley and the 2013 FIVB World League. In total, Verbov played 211 matches for “Zbornaya” to become the seventh most capped player of all time for Russia.