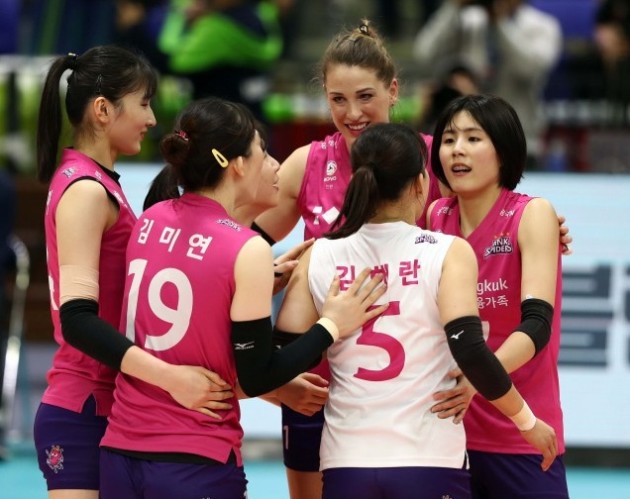 The Pink Spiders went ahead in the best-of-five playoff finals against Expressway and now have 50% chance of dethroning their rivals in the V League. This claim comes from a statistical data – in 14 playoffs that have been played so far in the Korean women’s league, a team that took the opening win has won the trophy seven times. Furthermore, from the 2010/11 season, seven out of eight teams that won the first leg have lifted the trophy.

The Pink Spiders were led today by the native player Lee Jae-Yeong who scored 23 points of which nine in the fourth set. Senegalese Fatou Diouck top-scored for Expressway with 33 points but her display was far from convincing – 50.8% excellent attack.

CHALLENGE CUP W: A huge step of Monza toward the trophy!